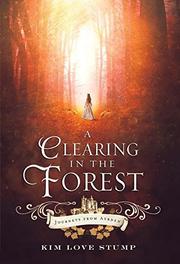 A Clearing in the Forest

From the Journeys from Ayrden series, volume 1

A debut YA fantasy stars a princess who must venture forth into the world before she’s allowed to rule.

Princess Adriana of Ayrden has just turned 16. Traditionally, royals of the kingdom leave on a Journey during their 16th year, and if they return, they may someday rule. Adriana’s Teachers—in skills like fencing and archery—say that she’s ready to leave, but she may take only a minimum of food and no weapons. The royal Gifters, however, bestow upon her the traits of courage, fidelity, and kindness. With these qualities, along with her father’s advice that “when you are worried you will not make your best decisions,” she departs Ayrden on a horse named Sultan. She rides until reaching a clearing in the nearby forest. Strangely, no animals, including birds, enliven the scene. After a nap, she wakes to the sound of woodland calamity, as trees uproot and shift, eventually presenting her with three paths to choose from: one lined with gemstones, one limned in golden light, and another marked by simple grass. For the sake of Sultan, Adriana takes the prosaic grassy trail and finds herself in the land of Chehalem, where odd new friends and foes await. In her novel, Stump crafts a voluptuous, nuanced fantasy that fans of classics like Peter Beagle’s The Last Unicorn should enjoy. As Adriana explores each of the three routes, readers are treated to gorgeous sights and inventive sounds, like one scene in which “The walls of the ravine were green stone, and bright violet and amethyst flowers spilled down the steep embankments until they touched the water.” The prose nearly lulls a reader into believing Adriana’s Journey is all whimsy and self-discovery, yet dangers crop up (including lost uncles, slave traders, and dragons) that add grim shading to this multifaceted narrative. Certain magical elements, like how the forest changes shape, remain mysterious throughout, which allows Stump’s capable heroine and her accomplishments to carry more narrative weight.

Spellbinding and untraditional, this fantasy with a brave royal could teach Disney a few things about princess adventures.