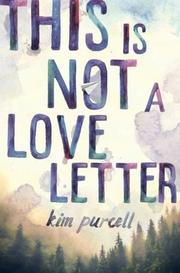 THIS IS NOT A LOVE LETTER

A few weeks after getting jumped by boys from a rival town, a black student disappears, causing his white girlfriend to assume the worst.

Jessie is devastated by the disappearance of her boyfriend, Chris, and becomes increasingly suspicious of foul play. Jessie is a white girl from a poor neighborhood. Chris is a model student, a pacifist, and a talented athlete—and he happens to be African-American. The plot builds on an intriguing series of clues, exploring gender and racial hate crimes, drug addiction, freak accidents, and mental illness. The book’s strength lies in the normalization of their love story, and while race is often a factor in their relationship, the issues they face ring deep and true. When his mother describes Chris, one of the few black students in the town, to the local police, Jessie remarks, “You should tell them that he has a dimple.” Jessie is so clearly not racist, remembering Chris by his idiosyncrasies—how he likes “retro candy,” for instance—and yet she too can fall prey to the most basic assumptions. The premise, that the book is one long letter from Jessie to the missing Chris, displays the essential contrivance of the epistolary form, yet Purcell handles the nuances of interracial relationships with a remarkably sensitive and observant eye and challenges readers to view racism under a broader category of generalizations.

A poignant interracial love story that grapples with hate and violence.