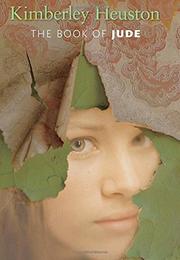 THE BOOK OF JUDE

After her mother wins a scholarship to study in Czechoslovakia in 1989, Jude’s family moves to Prague for a year. Dismayed and anxious about the move, 15-year-old Jude has terrifying hallucinations that she conceals from her loving, devout Mormon family. In Soviet-dominated Czechoslovakia, which is also coming apart, Jude’s emotional disintegration accelerates. She is mesmerized by the mass demonstrations and political repression, identifying passionately with the suffering she witnesses. Her rapid deterioration leads to a crisis and hospitalization. Diagnosed with borderline personality disorder, Jude is placed on medication and returned to her family in Prague where, far from cured, she continues her self-destructive behavior. Only when her father brings a Mormon bishop to bless her does Jude return to functional health. Although Jude’s illness is powerfully and convincingly portrayed, the deus-ex-machina resolution fails to satisfy. Readers who don’t know or share the Mormon faith may be perplexed or unconvinced by Jude’s beatific religious experience. The message that severe mental illness can be cured, or at least controlled, by faith is at best debatable. (Fiction. YA)