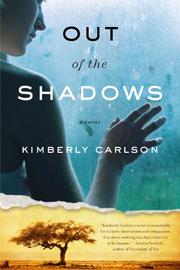 OUT OF THE SHADOWS

Tragedy turns into triumph in Carlson’s debut novel about a young woman who regains her self-confidence after multiple losses and years of dejection.

Before readers meet 28-year-old Jamie Shire, she has already hit rock bottom. Jobless, she drinks away her days on her best friend’s couch as she wallows in loneliness. Among Jamie’s troubles: Her mother died when she was a child, the only man she ever loved wouldn’t reciprocate, her unborn daughter died, and she continuously feels rejected by her father and brother. After a chance encounter with a wealthy woman at a coffee shop, Jamie accepts a live-in job researching philanthropic causes at Fallow Springs Estate. Reaching out to the house staff and eventually working with Darfur refugees afford Jamie some valuable context for her own pain; she’s able to gain confidence as she learns to stop fearing rejection and start pursuing her dreams. Throughout the novel, the author skillfully creates mood. In the beginning, when Jamie borders on depression, her emotional touchiness and oversensitivity will create an uneasy feeling in readers. But as Jamie slowly regains confidence, readers will also feel increasingly optimistic. Alongside the main character’s emotional struggle is the struggle faced by Darfur refugees, although this plotline doesn’t advance too far; yet details from Jamie’s trip to the refugee camp in Chad—the types of beer served at the aid workers’ bar or a depiction of a young refugee sitting blank-faced and tied to a pole because he might run away—effectively transport readers to faraway places. Jamie’s story will interest readers, but, with a weak ending, the story leaves many unanswered questions. Who is Jamie’s wealthy employer? Does Jamie’s work in Chad help anyone but herself? And what of the conflict Jamie feels between herself and the refugees, between the haves and the have-nots?

With so many minor questions left unanswered, Carlson’s captivating novel proves to be more about the journey than the destination.