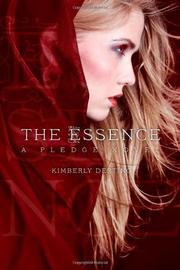 From the Pledge series, volume 2

This sequel to the successful dystopian fantasy The Pledge (2011) emphasizes fantasy over dystopia.

Charlie defeated the evil Queen Sabara in the previous installment and has become, reluctantly, Queen Charlaina of Ludania. However, Sabara’s titular essence has taken up residence in Charlie, who can’t find a way to rid herself of the spirit of the dead queen. As queen, Charlie has instituted a series of reforms to make all classes equal in her country, provoking predictably unhappy and even violent responses among the former upper classes. At a summit of queens, Sabara resurfaces, looking only for love with her immortal boyfriend Niko, a situation sure to displease Charlie’s heartthrob, Max. Despite that turmoil, frothy fashions dominate the summit. In shifting from dystopian thrills to an airy fantasy, Derting loses her groove. Yes, she includes suspenseful scenes in which Charlie, or rather her guards, battles to escape death, but Charlie herself doesn’t come across as a terribly attractive character, whining rather than getting a grip until the climactic scene. Some nice minor characterizations stand out, such as the old man, Florence and Charlie’s stoic, giant guard, Zafir. Despite the book’s title, the Sabara essence doesn’t offer much danger except to Charlie’s romance, resorting to an evil deed only once.