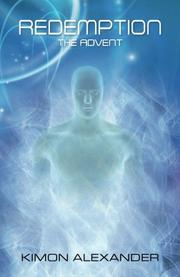 In this sci-fi debut, a being from a parallel dimension tries to aid humanity by impeding terrorists and a dangerous microchip.

The Valdors, guardians of the multiverse, have a momentous decision to make. They seek integration with the universal creator, Alpha, but first must ensure the evolution of another species to replace them as sentinels. Sol III (aka Earth) may be the answer, but humans’ spiritual evolution is hampered by technological advancement. Most significant is a microchip to be implanted in brains, which will enhance minds artificially and stunt humans’ natural development of mental abilities. As this is a threat to the harmony of the spiritual realms, the Valdor Council opts for Sol III’s annihilation, but the council leader, Valianx, instead sends Balthazar to Earth on a mission. Taking residence inside government agent (and widower) James Baxter’s brain, Bal telepathically convinces the man of his origin and the Valdors’ purpose. The microchip is in the hands of Ethanael Kingston Vanderbyl, a career criminal dabbling in legitimate business, who most certainly has sinister mind-control plans. So Baxter proposes a trade-off: he will help Bal thwart King and the microchip if the Valdor helps stop Islamic terrorists plotting to follow a New York bombing with an even deadlier strike in the United States. Alexander adeptly melds sci-fi with a modern thriller. For example, threats in the story are terrorists and thuggish but powerful King, while Bal and recurring Valdor perspectives remain a constant presence. Moreover, the author solidifies abstract elements, like Bal inside the agent’s brain, with a virtual stroll through Baxter’s cranium that’s easy to imagine: “He moved into the thalamus, which acts as a switchboard for information. Next he surveyed the hypothalamus.” The novel’s first half is methodically paced, introducing notable characters, such as Laura Bentley, Baxter’s love interest, who was his wife’s best friend. But it picks up steam as predicaments escalate: the attack is imminent, and King tests the microchip in obscene and frightening ways.

A riveting multigenre tale with an otherworldly ally and series potential.