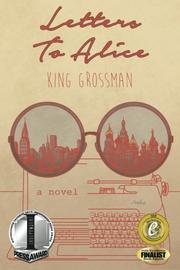 A New York City writer and editor and his publishing-executive wife try to keep their marriage together and advance their careers and causes in Grossman’s debut novel.

Frazier Pickett lives in the West Village neighborhood of Manhattan with his wife Margaret and their two kids. He works as an editor at Flying Pens, a B-list literary agency, while she’s flown up the ladder to become director of creative nonfiction at HarperCollins. Lately, Frazier has been under the spell of a French girl named Anastasie Moreau, his new muse, while Margaret has been fixated on a project concerning a poet whose work is connected to the Arab Spring. Lower Manhattan is buzzing with the beginnings of the Occupy Wall Street movement, and a pro-Israel group named Temple Mount Zionists has been making noise in New York as well as in Omaha, Nebraska. A parallel plotline, set in Russia, tells the story of Katya Ivashov, a writer in the late 1930s who’s involved with a Jewish anti-fascist group during Stalin’s purges. Her extraordinary experiences include working with Boris Pasternak at his country house as he’s writing Doctor Zhivago. As Katya struggles to find her exiled lover, Oleg, she also bears the responsibility for ensuring the publication of both Zhivago and her own book, My Long Journey Home. Back in present-day New York, Frazier and Margaret discover Katya’s story, which has profound personal and professional implications for them that also connect with the uprisings they see at home and abroad. Grossman writes with enough spirit and optimism that the novel’s complex, likable characters have room to flourish. Frazier and Margaret’s relationship is a wonderful depiction of a marriage that’s somewhat on the rocks but still has great communication and emotion: “Frazier both hated and loved Margaret’s lionhearted tenacity, probably because he wished he had more of it himself.” The author’s keen observations about the American mortgage fiasco are given with down-home realism during a crisis involving Frazier’s family in Texas. New York is shown as being as alive as ever but also filled with “dim-eyed ones who were in between dreams or broken to the point of no return.” The novel is overlong, with some paragraphs spanning multiple pages. Yet it succeeds very well at telling a story of characters discovering a hidden past as they stumble toward a more meaningful future.