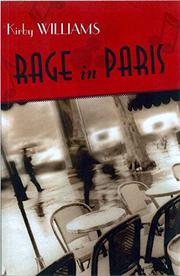 A raucous exercise in screwball historical fiction with some hard-boiled action blended in.

Let’s see: A creole jazz clarinetist and one-time World War I air ace working as a private detective in 1934 Paris; a fascist French aristocrat and Nazi sympathizer whose closest aide is a belligerent African-American drummer; a trumped-up kidnapping with an oblique connection to the Lindbergh kidnapping that same year, which in turn will lead to a Nazi takeover of the U.S. And there are even more historically rooted whoppers in this satiric pulp pastiche written by a longtime African-American expatriate who’s borrowed some of his own real-life experiences and tossed them into this slam-bang vaudeville revue of mayhem, murder and cross-racial mischief. The gallivanting plot begins with the story’s stalwart hero, the aforementioned jazz artist/war hero/private eye Urby Brown, agreeing to help a shady white American businessman retrieve his beautiful daughter from the clutches of the aforementioned black drummer. Urby, of course, senses from the start he’s not being told the whole truth. (Is she really his daughter? Is he trying to set Urby up for the police?) In the meantime, the aforementioned aristocrat, who bears a remarkable resemblance to the detective, has his own suspect motives for finding the daughter, who’s nowhere near as helpless as she seems and who has sexual longings for both Adolf Hitler and her would-be rescuer. All the while, socialist and fascist mobs engage in bloody fisticuffs in the streets as Hitler, Rudolf Hess, Sidney Bechet and other real-life figures make cameo appearances.

Williams is a first-time novelist, and it shows. The point of view teeters between Urby’s flashy first-person observations and a blander third-person narrative. Yet the book’s ragbag-deco milieu enhances its perversely anachronistic appeal.