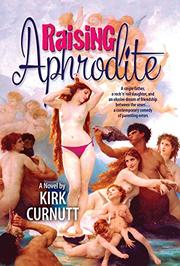 This comic novel traces the misadventures of a single dad and his teenage daughter as they navigate adolescent and middle-aged angst to the soundtrack of Alabama punk rock.

Vance Seagrove prides himself on being the cool dad. He's raised Chloe since her mother, Deb, moved to New York to act, finishing his Ph.D. in theater with Chloe in a baby swing. For the past 10 years, he's worked as personal assistant to Storm Willoughby, the richest man in town, and now, at his death, Storm has willed Vance a controlling stake in Macon Place, Storm's mansion, the grounds of which are a garden of Greco-Roman statuary. Storm's son, Mike, wants the place sold, but Vance wants to turn it into an arts center. If that isn't enough to worry about, Vance finds a used condom wrapper in Chloe's bedroom and becomes obsessed with reining in his 16-year-old daughter, relinquishing his "cool dad" title. Like so many protagonists, Vance confides in his gay best friend, Campbell, though she has problems of her own: she has to convince her ex-husband she's not a lesbian so he doesn't demand custody of their son. Campbell's father, Luther, is a renowned music producer now making a record for Sadie, Vance's heavily tattooed, pot-smoking 23-year-old girlfriend (see, he is cool!). Chloe is furious her father has become so unreasonable, though she tries to ignore him and get on with her teenage life: writing songs, starting a support website for a persecuted Balkans band (akin to Pussy Riot), and figuring out her relationship with Deb, who has decided to move back to Alabama and share custody with Vance.

The comedy occasionally runs broad and bawdy and the references feel a bit forced (a disastrous Liz Phair concert; an extended conversation about Andrea Dworkin's Intercourse), but Curnutt throws in enough fragile humanity to make Vance and Chloe's mutual journey to adulthood worthwhile.