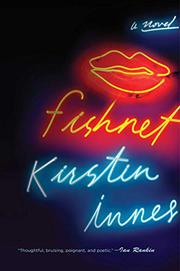 Six years ago, 20-year-old Rona Leonard paid a surprise visit to her older sister, Fiona; during the night, she snuck out of Fiona’s flat and vanished. Six years later, her family has largely abandoned their search when one of Fiona’s friends books a “hen weekend” in the Scottish Highland village that served as Rona’s last known address. A frank conversation with Rona’s former roommate, Christina, reveals that the women parted ways after Christina discovered Rona turning tricks in their flat. At her job at a construction company the following Monday, Fiona is told by her boss to call the police on a group of women protesting the replacement of a shelter for homeless sex workers with a leisure complex. She complies, but not before warning the demonstrators and bringing them tea. Fiona begins trolling online listings, forums, and websites, ostensibly looking for Rona but also because she can’t stop thinking about the picketers and how little they resembled her preconceived notions about prostitutes. As salacious curiosity becomes single-minded obsession, Fiona starts neglecting her job and young daughter. But the deeper down the rabbit hole Fiona falls, the closer she comes to understanding Rona and her decisions. The mystery of Rona’s disappearance takes a back seat to Innes’ efforts to pull back the curtain on, reduce stigma for, and promote legalization of sex work. Nuanced characters from all walks of life subvert stereotypes and challenge misconceptions regarding exploitation and agency, and although the plot holds few surprises, Innes’ bold, evocative prose never fails to enthrall.

An edgy, illuminating march toward an inexorable conclusion.