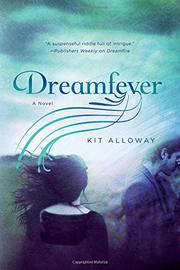 In this sequel to Dreamfire (2015), Joshlyn grapples with her new Dream Walker status and her own nightmares.

Dream Walkers enter and help resolve the nightmares of others, and Josh is believed to be the True Dream Walker, endowed with special powers.  In the previous novel, vicious villain Feodor tried to kill Josh with his memories, and now they linger in her subconscious, infecting her sleep with terrible dreams in which her relationship with him is both terrifying and erotic. She can tell no one that she’s building one of Feodor’s dream-controlling devices, and as her relationship with her boyfriend/apprentice, Will, suffers, she questions her own motives. Meanwhile, the princess Mirren has escaped the Hidden Kingdom, desperately seeking a genuine life only to find that she has entered a cutthroat political battle for dominion over the Dream. In order to maintain the balance between the Dream and the World, Josh and her family are forced to play a treacherous game with the very being that nearly destroyed them. Unlike the first book, this outing is not bogged down by numerous characters or convoluted politics. Written with an alluring, almost hallucinatory atmosphere punctuated by visceral horror, this is a phantasmagoric swirl in which quantum theory meets Freddy Krueger.

Readers are left blinking and anticipating the next volume of this nightmarish saga.