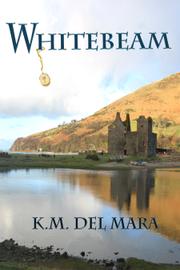 A young girl of mysterious but significant parentage joins Scotland’s medieval rebellion against the English in this lively YA historical novel.

At the dawn of the 14th century, fetching teen aristocrat Isobel MacDuff and dashing nobleman Rob—destined to become Scottish national hero Robert the Bruce—deposit their love child for safekeeping on the remote Isle of Arran. Little Pippa’s true identity must be kept secret, even from herself, lest she run afoul of ruthless enemies, including Isobel’s sadistic estranged husband and England’s King Edward, who would love to get his gauntlets on the rebel Bruce’s kin. Unaware of these intrigues, Pippa grows up a redheaded spitfire doted on by a foster mother, an awkward but stouthearted village lad named Tom and a parade of handsome lairds. The author ensconces Pippa in captivating, slightly magical medieval Scotland, where figures from Celtic legend—including a blind centenarian soothsayer who knows the secret of Pippa’s heritage—live and mingle. But as Pippa approaches adolescence, the grim realities of war intrude on her idyll, bringing terror and grief; she duly revolts by smuggling silver for the Scottish cause, spying on the English army and strategizing about how to rescue poor Isobel from the cage where she’s been hung for two years while peasants pelt her with manure. Loosely basing the story on real events, del Mara adroitly mines a rich historical setting for colorful material, which she enhances with rousing action scenes and a pinch of fairy-tale glamour. She crafts all this into a coming-of-age yarn with genuine substance and pathos. As Pippa gets entangled in her family’s struggle against the English, she’s appalled by the violence and misery her father sets in motion, but she also starts to understand the harsh necessity that drives him. She’s a feisty, appealing heroine, and her quest to discover her identity and capture her destiny makes for an absorbing read.

An entertaining period adventure for tweens.