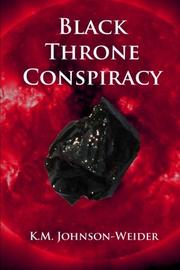 In the Ascension Galaxy, people are defined by their status as a noble or commoner, and Sir Cobran Derithal comes from a house of minor nobles. He had a promising military career until an explosion shattered his leg and killed his fiancee. He recovers with his sister and nephew on his home planet of Jarissa, but family problems force him to test his new mechanical leg and travel to the capital, where his sister fears for a young noblewoman’s safety; his powerful and domineering brother is arranging a marriage for him to a mysterious woman; and his wealthy, extravagant cousin Edwin receives an upsetting note and asks for his help. These seemingly unrelated adventures eventually weave together in surprising and delightful ways, as Cobran delves into the intricacies of noble society and finds that he must compromise his morals. Johnson-Weider (West Pacific Supers: Victory at Any Cost, 2012) creates a complex, textured high-fantasy world, complete with political intrigue, societal conflict, romantic histories and, of course, space aliens. Cobran emerges as a compelling, likable frontman—determined, loyal and competent. Although the myriad characters and worlds can at times be confusing, readers will be rewarded by a persistent, close read, as each character has unique and evocative quirks that will draw readers into the complexities of the Ascension Galaxy. Although the prose can be a bit repetitive at times, Johnson-Weider ably intertwines Cobran’s calculated investigations with his complex fictional world and provides a consistently thrilling, action-packed story, leaving readers completely fulfilled—if perhaps a bit shellshocked.