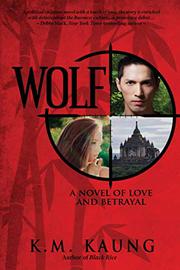 A Novel of Love and Betrayal

A literary novel tells the story of a Burmese revolutionary trying to escape his enemies.

Burma, 1988. Famous student revolutionary Mothi Awegoke is on the run from intelligence agents for his role in the demonstrations against the country’s military junta. As he flees through the streets of Rangoon, he is almost run over by a white Mercedes, but the young woman inside it recognizes him and offers him a ride. After concealing him for a few days, the woman, Thuzar, arranges for Mothi to be smuggled out of the city on a ship. When he asks how he will find Thuzar again, once things settle down, she tells him it will be she who locates him: “You always think you can blend in with the crowd and you are so inconspicuous. But you blend in about as well as a true pigeon blood ruby in the mud. You positively glow. You’ll never sink in muck. Of that I am certain. You’ll always be famous and not difficult to find. You’ll see.” Her words prove prophetic, as Mothi’s fight to bring democracy to Burma takes him across the country into Thailand and, eventually, America. As he travels, seeing the lives of the people who help him along the way, he remembers the events of his youth that spurred him to political activism. Kaung’s (The Rohingya Genocide in Burma, 2017, etc.) prose is highly detailed, capturing life under Communist rule in startling images: “Inn Inn’s high-heeled slippers fell apart when it rained because they were reinforced with cardboard. She had bought three pairs because she thought it was a good price and she might not see them again. When the first pair dissolved, she wore the other slippers only during the dry season.” Mothi is a flawed, sometimes-infuriating character, and the story is likewise idiosyncratic in its structure and pacing. But the work is wonderfully specific, and its blend of history, politics, and episodes feels organic and somehow appropriate. It’s a novel that works through accumulation—it’s nearly 500 pages—but at the end of it, readers will feel they have an intimate understanding of this character and his country.

An ambitious, sometimes-illuminating tale set against political unrest in Burma.