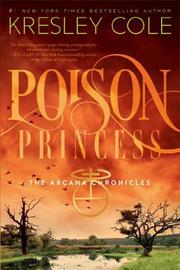 From the Arcana Chronicles series, volume 1

Mixing romance, a plant-killing apocalypse and mystical mumbo jumbo, this YA debut brings tears for the trees killed to print it.

Before the Flash, Evie worried about avoiding Jackson Deveaux, a Cajun boy from the wrong side of the tracks, and not going crazy from the horrifying visions she sees or the voices in her head. After the Flash, a convenient apocalyptic event that wipes out any life exposed to it—human, animal and vegetable—Evie, bland and kind, eventually joins forces with the one-dimensional Jackson, who's either surly or sexually aggressive. Evie learns that she is part of the Arcana, a secret group with supernatural powers representing cards in the tarot, and they will soon engage in a battle with Death itself. If Evie doesn't accept her powers as the Empress, the world is doomed, but probably not as much as this novel. The relationship between Jackson and Evie seems more like emotional manipulation and abuse than sexy romance. Cole clearly missed the science lesson about photosynthesis—wiping out all plants would probably quickly eliminate all life, period. Meanwhile, the plot is all setup, wandering through seemingly disconnected scenes until a jarring ending.

This novel is more dead garden than lush paradise.