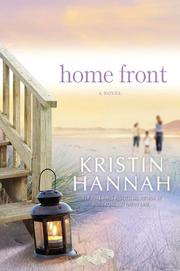 The traumatic homecoming of a wounded warrior.

The daughter of alcoholics who left her orphaned at 17, Jolene “Jo” Zarkades found her first stable family in the military: She’s served over two decades, first in the army, later with the National Guard. A helicopter pilot stationed near Seattle, Jo copes as competently at home, raising two daughters, Betsy and Lulu, while trying to dismiss her husband Michael’s increasing emotional distance. Jo’s mettle is sorely tested when Michael informs her flatly that he no longer loves her. Four-year-old Lulu clamors for attention while preteen Betsy, mean-girl-in-training, dismisses as dweeby her former best friend, Seth, son of Jo’s confidante and fellow pilot, Tami. Amid these challenges comes the ultimate one: Jo and Tami are deployed to Iraq. Michael, with the help of his mother, has to take over the household duties, and he rapidly learns that parenting is much harder than his wife made it look. As Michael prepares to defend a PTSD-afflicted veteran charged with Murder I for killing his wife during a dissociative blackout, he begins to understand what Jolene is facing and to revisit his true feelings for her. When her helicopter is shot down under insurgent fire, Jo rescues Tami from the wreck, but a young crewman is killed. Tami remains in a coma and Jo, whose leg has been amputated, returns home to a difficult rehabilitation on several fronts. Her nightmares in which she relives the crash and other horrors she witnessed, and her pain, have turned Jo into a person her daughters now fear (which in the case of bratty Betsy may not be such a bad thing). Jo can't forgive Michael for his rash words. Worse, she is beginning to remind Michael more and more of his homicide client. Characterization can be cursory: Michael’s earlier callousness, left largely unexplained, undercuts the pathos of his later change of heart.

Less bleak than the subject matter might warrant—Hannah’s default outlook is sunny—but still, a wrenching depiction of war’s aftermath.