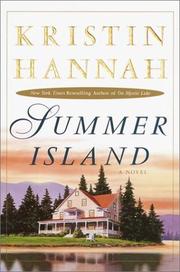 Nora Bridges is a wildly popular radio spokesperson for family-first virtues, but her loyal listeners don't know that she walked out on her husband and teenaged daughters years ago and didn't look back. Now that a former lover has sold racy pix of naked Nora and horny himself to a national tabloid, her estranged daughter Ruby, an unsuccessful stand-up comic in Los Angeles, has been approached to pen a tell-all. Greedy for the fat fee she's been promised, Ruby agrees and heads for the San Juan Islands, eager to get reacquainted with the mom she plans to betray. Once in the family homestead, nasty Ruby alternately sulks and glares at her mother, who is temporarily wheelchair-bound as a result of a post-scandal car crash. Uncaring, Ruby begins writing her side of the story when she's not strolling on the beach with former sweetheart Dean Sloan, the son of wealthy socialites who basically ignored him and his gay brother Eric. Eric, now dying of cancer and also in a wheelchair, has returned to the island. This dismal threesome catch up on old times, recalling their childhood idylls on the island. After Ruby's perfect big sister Caroline shows up, there's another round of heartfelt talk. Nora gradually reveals the truth about her unloving husband and her late father's alcoholism, which led her to seek the approval of others at the cost of her own peace of mind. And so on. Ruby is aghast to discover that she doesn't know everything after all, but Dean offers her subdued comfort. Happy endings await almost everyone—except for readers of this nobly preachy snifflefest.

The best-selling author of tearjerkers like Angel Falls (2000) serves up yet another mountain of mush, topped off with syrupy platitudes about life and love.