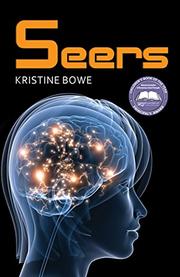 In a tale that is electrifying until suddenly going dead, a fiery-tempered teenager who can read and alter memories discovers that she’s being played.

Stringing Leesie along by promising to help her regain 17 years of mysteriously lost memories, Preceptor Tobias sends her on missions to Navigate certain minds and sometimes Extract certain memories. Her unquestioning acceptance hits the rocks, though, when she is dispatched to insinuate herself into the circle of Eri, a brilliant neuroscientist’s daughter. In doing so, she learns not only that her identity is blown, but that she has been a tool in a nefarious scheme to give Tobias and the shadowy cabal behind him power over everyone’s memories. Written in present-tense staccato sentences, Leesie’s narrative charges along—and even without using her Navigational talents, so uncommonly masterful is she at observing and manipulating people that just watching her subtly worm her way into the social structure at Eri’s exclusive high school makes riveting reading. Unfortunately, the tale abruptly grinds to a halt for a long revelatory explication from Eri and one of her schoolmates (both of whom, it turns out, have powers of their own) that’s followed by a contrived climax.

The ending suggests there’s more to come, and both the strong cast and intriguing premise hold promise for sequels—if the author can manage them without, as here, running out of steam.