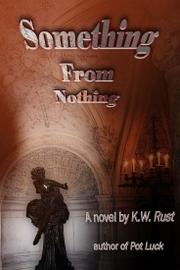 Having recently inherited his father’s fortune, middle-aged, pot-smoking psychologist Dr. Jacob Walton has barely settled into his new life when he learns that his ex-wife, Savannah Flanerie, is the lead suspect in the crime of the century in LA involving the power players of Leire Industries—Phillip and Regina. Although Savannah is a nymphomaniac with gold-digger tendencies, Walton succumbs to his daughter Ashley’s pleas to keep her mother out of jail and decamps to Ashley’s Hollywood mansion. Once there, he encounters a large cast of morally bankrupt characters, each with their own plausible motive for murder. As Walton plays amateur sleuth, the plot becomes increasingly convoluted as the narrative alternates between Walton’s point of view and those of at least eight of the primary players. Along the way, Walton discovers that the other lead suspect in the case, Earl Medlar, was also involved in the unresolved Leire kidnapping case years ago. Once Walton, with the help of his TV reporter fiancée, Teri Tarbell, solves the Leire murder mystery in true-to-Hollywood form, the two turn their attention to Earl. While the title is inspired by King Lear, the book is really a mashup of King Lear and A Midsummer’s Night Dream, with farcical misunderstandings and no shortage of tragedy. The result is a murder-mystery bodice-ripper filled with sleazy characters and even sleazier scenes. While the plot engages, with enough action to guarantee continual page turning, the book would benefit from a thorough edit for the sake of grammar and pacing, as well as the simplification of both the plot and the higher-level vocabulary, since the latter is not in keeping with the dialogue or the storyline.

Sure to please fans of the genre looking for the next great beach read, and the open ending hints at a third book in the Walton family soap opera.