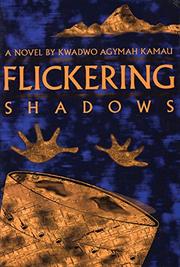 Barbados native Kamau, mixing magic realism and political rhetoric, tries but fails in this first novel to create a searing portrait of oppression on a Caribbean island. The story is told by the dead grandfather of Cephus, one of the protagonists. Now a spirit, the grandfather keeps a protective eye on his kin and makes judicious appearances to those of the living who have the gift of second sight. He recalls how the island won independence from Britain only to end up with a prime minister, Anthony Roachford, even more oppressive and corrupt than the colonial masters. The tale opens as a white missionary and his wife move in and begin proselytizing. The two are observed with distrust by the locals, like Cephus, a farmer, and Boysie, a former sailor, who as Brethren members worship their ancestors and the old African spirits. Cephus's wife Doreen, in love with Boysie, joins the new church but most remain suspicious of the newcomers. With good reason, too, because Pastor Wright and wayward wife Sandra, who seduces a local lad, are bad news. They're hypocritical and corrupt, and thus fitting representatives of the West, but the local oligarchy is not much better; only the poor are pure. Roachford gives money for a new church while the locals lack housing; a hurricane devastates the region, and no aid is forthcoming; bauxite is discovered but not enough to satisfy those who've invested in the search for it. They decide instead to build a resort on land stolen with the Pastor's connivance. A revolution planned by Cephus and Boysie goes horribly wrong as Roachford gets help from the West; the good and the bad die violently; and all the despairing spirits can do is to remind people of ``who they are, where they came from.'' Despite the beguilingly effective uses of lyric symbolism and lilting Caribbean speech, the heavy agenda and almost farcically melodramatic plot make for a disappointing debut.