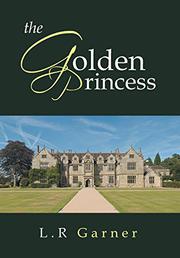 Being a princess might seem like every girl’s fantasy, but for Alice, that role comes with a price. Whether it involves being shut away from other children her age or meeting her obligations as part of the royal family, her life is often lonely and full of rules and limits. Rather than having a group of friends and playmates, Alice at first spends her days mostly with tutors and a lady-in-waiting. Luckily, she has caring parents who are able to provide her with royal luxuries and some freedom. As her small circle of friends widens, Alice discovers new things about herself, such as an ability to communicate without words and see ghosts. Her story traces her growth from an 8-year-old old girl to a top student at a university, where her magical powers help her keep up with her studies and rescue her friends from danger. The princess’s supernatural gifts set her apart as a heroine, and eventually it is not just her royal family that makes her famous, but her own ability to save the people around her from their crises. Under the auspices of Goddess Freya, the fairy who guides her, Alice is able to channel her magical abilities and learn to control her powers rather than have them control her, which enables her to grow in her independence and sense of self. Told through vignettes that serve as isolated episodes, this fairy tale is a sweetly rendered series of moments. Alice emerges as an atypical princess—brave and self sufficient—which makes this story edgier and fresher than the usual fairy tale. Young readers may especially enjoy its simple and straightforward language, which includes descriptions such as that her clothes “were feeling cold and sticky, almost as if she had wet herself.” Alice’s charming and intrepid antics are likely to please young and old alike. A whimsical novel about a young princess whose extrasensory powers help to save the people around her.