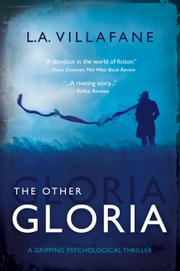 In this debut novel, a California woman who’s escaped a controlling, abusive husband relives her past life when she was still under his thumb.

In 2019, Gloria Davis speeds down the highway, inexplicably covered in blood. She has suffered memory lapses for years and can’t remember what led to her current predicament. After apparently blacking out, Gloria awakens next to her ex-husband, Charles, instead of her fiance, Rick Gaines. Later determining it’s somehow 2003, she’s once again living with the indifferent man who psychologically abused her. The narrative alternates between this time period and 2017, when Gloria finally decides to leave Charles and eventually meets Rick. Gloria considers 2003 a “do-over” and takes the opportunity to get out of her marriage even earlier. Charles is irate in both time periods and occasionally shows up drunk at Gloria’s home. She’s happy to be away from Charles but soon realizes that, if she stays in 2003, she’ll have to find another way to connect with Rick. Meanwhile, the protagonist, whom a psychologist has diagnosed with dissociative disorder, knows “the Other Gloria” has taken over during those lapses in memory. She suspects the unsettling dreams she’s having in 2003, in which she’s locked inside a box, may actually be memories. Villafane has written a riveting story about domestic abuse. Although there are later indications that Charles’ abuse has been physical, his cold, domineering nature is unnerving on its own. Even after Gloria moves out, Charles is a frightening individual who bangs on her door late at night. Benevolent characters help alleviate the story’s overall bleakness; good-guy Rick is the focus, but Gloria also gets support from her parents and, in 2017, her teen daughters, Chrissy and Sarah. The author skillfully distinguishes the two time periods, using past tense for 2017 and present tense for the 2003 that Gloria is reliving. Villafane’s largely unadorned prose soberly depicts a woman who struggles to put herself and her daughters first and stop catering to the needs of a self-serving husband.

A gripping tale about the reverberations of spousal abuse.