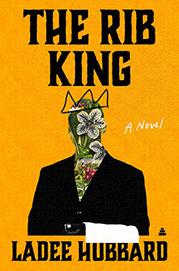 A historical thriller delves into the raw, knotty roots of racial uplift and upheaval that have been transforming America up to the present moment.

In her debut, The Talented Ribkins, (2017), Hubbard ingeniously blended the motifs of superhero comic books into a bittersweet road novel tracing the scattered destinies of Black civil rights crusaders. Her follow-up departs from the fantastic but is no less inventive. It begins in 1914 New Orleans with August Sitwell, an enigmatic, circumspect Black man working as groundskeeper for an estate belonging to the Barclays, an upper-class White family no longer as wealthy as it once was. Sitwell became part of the family’s all-Black domestic staff when he was orphaned as a child and has grown to manhood working with “Miss Mamie,” the family’s prodigious cook, and, more recently, with Jennie Williams, a one-time “cakewalk dancer”–turned-maid, and three rambunctious young apprentices, also orphans, whom the family patriarch seeks to “civilize.” As the staff struggles to negotiate their lives among Southern Whites in the depths of the Jim Crow era, the Barclays, desperately seeking a way out of the financial doldrums, make a bargain with an ambitious food entrepreneur to sell Miss Mamie’s vaunted rib sauce to local markets under the brand “The Rib King” with Sitwell’s caricatured image on the label. Neither Mamie nor Sitwell are getting a cent from this transaction, and Sitwell reacts to this exploitation with an act of retribution that reverberates into the next decade as Jennie, by 1924 an entrepreneur with her own brand of beauty products to sell, has to make her perilous way through economic and political intrigue brought about in part by the decade’s surge of African American achievement. The two halves of Hubbard’s chronicle have distinct tones. And even if one prefers the deadpan gothic tactics of the first part to the pell-mell momentum of the second, one will be impressed at all times with Hubbard’s control over her historical milieu as well as her complicated, intriguing characterizations.

An imaginative work craftily depicting the failure of imagination that is American racism.