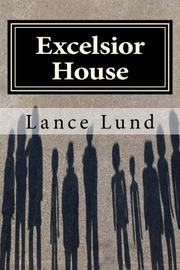 In Lund’s debut novel, the streets aren’t a safe place for anyone to live—especially not a kid.

Joe Rodgers is the goodhearted, hardworking executive director of Excelsior House, a home for troubled youth in San Francisco. His role as a hero to those in his care all but precludes the possibility of his romantically pursuing Lucy, a young woman he’s taken under his wing. Lucy is just one among a diverse cast of characters inhabiting Excelsior House’s cottages; others include Sarah Hillsbrook, a politician’s daughter who was sent there after a suicide attempt, brought about in part by her parents’ stormy marriage; and Sylvia Sanchez, a talented Salvadoran muralist concerned with issues of social justice, whose traumatic decision to have an abortion set her parents against her. Sprawling and conversational, the novel delves into the painful, puzzling lives of these and other young adults, each trying to make their way in the world. The lessons they learn are tough, and their competition with each other is even tougher; on top of that, gang activity (and murder), prostitution (and rape), and drug abuse beckon to them from every street corner. This dialogue-heavy novel takes a lively, original tack in its evocation of street life and, in particular, the massive material and emotional difficulties that street youth face. Overall, it’s less a clearly defined story than a textured sketch of environments, situations, dilemmas and tragedies. Nonetheless, the novel resolves several conflicts, including those between Lucy and her careless boyfriend, Keyshawn; and between Sylvia and her unforgiving, cruel parents. Much of the dialogue skillfully mirrors the inflections and jargon of street talk, lending a palpable realism to this fine-grained narrative and situating the novel in the long tradition of American dialect literature.

A vast, ambitious and highly personal portrait of an often forgotten demographic, rendered with attention and sensitivity.