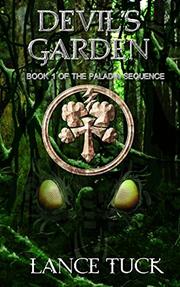 Book One of The Paladin Sequence

Gerald Ironblood, whose history is as foreboding as his tall physique, is called by the pope to participate in a spiritual task force against demonic entities that may signal the end of days. Specifically, Ironblood and his friend, Thomas Burgess, receive a mission to interview the survivors of a shocking massacre of demon hunters. The pope fears that the killings indicate that the forces of hell, called the Infernals, are growing stronger. The inimitable, cigar-smoking Ironblood sets out to find his seminary classmate, Jacob Paladin, but finds that his old friend has become possessed. The narrative then steps back in time to when Ironblood was a soldier in Germany in 1945 and undertook the arduous, horrifying job of ridding a boy of a malignant spirit that went by the name of Lucifuge Rofocale—an entity who happens to know a great deal about Ironblood. Back in the present, Ironblood teams up with Matthew Paladin, the son of Jacob, in order to do the work assigned to him by the pope. They soon confront the case of a girl who began behaving strangely after a car accident in which her fellow passengers were violently killed. Before long, Ironblood and Matthew travel to Mexico to free another boy from demonic possession and become ensnared in the maniacal, grandiose machinations of a priest named Lammas. The novel features arresting, original details, such as the dialogue spoken by the demon in Matthew’s head, which is set inside angle brackets (“<You little shit eater, I should incinerate you for offering me up like this!>”) and is inventive and disturbing in all the right ways. The adventures of Ironblood and Matthew are never predictable, and the plot is cerebral, primal, and rich with pulse-racing moments, including an exorcism that opens the novel. As the story leaps back and forth in time, it moves just as fluidly between the natural and supernatural realms, providing a fantasy with a high degree of verisimilitude and grit.

A darkly satisfying novel by a writer with an eye for action and unnerving detail.