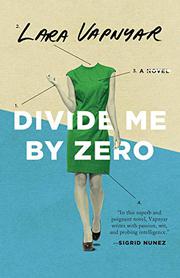 DIVIDE ME BY ZERO

Katya Geller thinks back on her life, loves, and a few stray math concepts.

At the center of Vapnyar’s (Still Here, 2016, etc.) latest novel is something unexpected: math. The narrator’s mother, a writer of Soviet math textbooks, has died before completing her latest work, which would have been the first she'd written since emigrating. Her notes for that book underpin this one. The narrator, Katya, is a middle-aged writer with two children and a husband she hasn’t loved in about 15 years. As Katya thinks back on her life—her childhood, first in Sevastopol, then in Moscow; her obsessive love for a schoolteacher; her immigration to New York as a young woman—she finds that her mother’s notes (“Encourage kids to do math in their heads ALWAYS, no matter what,” for example) provide a strong scaffolding for her thoughts. As a whole, the novel is witty and honest and unflinchingly unsentimental. Katya’s voice is perfectly calibrated. But not all the characters are as vividly formed. Katya’s mother, in particular, remains a shadowy figure, which is unfortunate since she’s so crucial to Katya’s development. Katya’s husband, Len, comes into focus later in the book, but early on, especially when they first meet and fall in love, it’s not immediately clear what she sees in him. Then again, these are minor quibbles. Vapnyar is an enormously engaging writer with a wealth of material to draw from: the absurdities of modern life, of marriage and motherhood, the Soviet Union and the United States—the list seems endless. It’s almost impossible to put the book down without devouring it in one sitting.