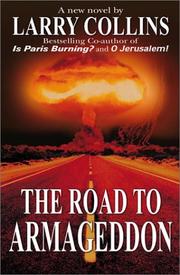 THE ROAD TO ARMAGEDDON

When loose nukes turn up in the wrong hands.

Three years of research, the author mentions, have convinced him that “Iran possesses at least three and possibly six nuclear weapons.” They previously belonged to the Russians, who apparently got careless with them. At any rate, it falls to fictional Jim Duffy, ex-CIA, to pinpoint their whereabouts. Once he was a golden boy, shining brilliantly on the Afghanistan desk in the closing days of the USSR's adventure there. Office politics brought him down, but now he's up again, charged with rescuing the West from nuclear catastrophe—Israel first, because the Iranian faction that has latched on to the WMDs has prioritized its hatreds. “Islam has two principal enemies, Israel and the United States,” Duffy tells the president, to whom the information seems fresh, adding: “Some of the mullahs ruling Iran, not all of them any more, but some of their top clerics, are blind fanatics.” Plan Khalid, it's called, and the Islamic fundamentalists who've devised it are opportunistically financing it through a burgeoning heroin trade. Which is why Duffy is first dispatched to the CIA's Counter Narcotic Center, where the grunt work grates—until the brutal murder of Tari Harmian, an Iranian businessman living in London, sets off a chain reaction that brings Plan Khalid into focus. Duffy heads for London, meets the charming widow Harmian, finds her compatible, takes off to attend to business, returns to comfort and be comforted in a world now saved, temporarily at least, from conflagration.

Collins's latest (after Black Eagles, 1995)—he calls it “a faction novel”—may well be catnip to technophiles and conspiracy theorists. But if you like your thrillers character-driven, you’ll search in vain here for someone to care about.