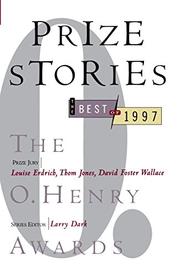 The fortunes of the short story are about as uncertain today as those of Bosnia, mainly because it's no longer clear whether this once-popular literary form has many readers who are not writers themselves. This new entry in the venerable annual series doesn't much help clarify matters. The tales gathered by editor Dark (The Literary Traveler, 1994) were originally published in the usual rarefied venues—i.e., nonprofit quarterlies and the New Yorker— and most of them read like workshop exercises or novel fragments. Mary Gordon, in ``City Life,'' leads off the parade with yet another of her postmodern Horatio Alger tales, this one about a faculty wife at Columbia who thinks she has put her lower-class origins safely behind her until a weird encounter with a deranged neighbor. John Barth, in ``On With the Story,'' gets metaphysical in his description of an unhappily married young woman on a cross- country flight increasingly unsettled by the short story she is reading, which seems practically a portrait of her own life, and unaware that the stranger in the seat beside her is its author. ``Dancing After Hours'' gives us Andre Dubus's by-now quite familiar portrait of broken-down passion in backwoods Massachusetts, this time involving a retired schoolteacher who tends bar and an invalid. Representatives of the younger generation include Thomas Glave, who, in ``The Final Inning,'' describes the tensions that build up among the friends and relatives of a young black man from the ghetto who has died of AIDS, and how they erupt- -quite literally over the body of the deceased. And Rick Moody, in ``Demonology,'' also deals with a death in the family, this one being a young mother in suburban New Jersey who is remembered by her troubled younger brother. Pale and wan and surprisingly unambitious throughout. Introspection may be the prerequisite of serious literature, but it is not its end—and is obviously not its guarantee.