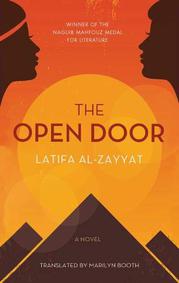 This classic Egyptian novel, first published in 1960, was awarded the first Naguib Mahfouz medal for Literature in 1996. It’s set approximately during the decade following WWII, when agitation for independence from continuing British rule leads gradually to the 1952 revolution and the 1956 Suez Crisis—and concentrated on the complex, solidly realized characters of al-Zayyat’s activist heroine Layla (a probable authorial surrogate) and her brother Mahmud. Despite employing them (and several other characters) as representative politicized figures, al-Zayyat builds this increasingly absorbing novel into a searching examination of the conflicting (and conjoined) claims of individual liberty and national destiny. Superbly translated by Booth, who contributes a lengthy, illuminating Introduction. Arguably the best modern novel not written by Nobel laureate Mahfouz. Oprah’s people ought to have a look at this one.