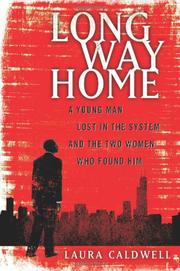 On Aug. 6, 1999, the college-bound Mosley, who had previously worked as a law clerk, was in the wrong place at the wrong time in a rough Chicago neighborhood. There he witnessed the fatal beating of Howard “Bug” Thomas by local gang members, some of whom he knew personally. After discovering that Mosley was present at the crime scene, the local cops were determined to link him to Thomas’s death. Although Caldwell is no lapidary prose stylist, her recounting of Mosley’s forced confession and subsequent six-year imprisonment is powerful enough in its conveyance of the facts. The cops threw Mosley in an interrogation room and refused to let him leave until he signed a confession for the murder, after which he was escorted to his new home, “SuperMax,” the maximum-security division of Cook County Jail. Caldwell examines Mosley’s bleak prison life, detailing the inevitable conflicts with other inmates and the administrative negligence that kept him jailed without a proper hearing. Enter veteran criminal-defense lawyer Catharine O’Daniel, who met Mosley while visiting SuperMax, suspected something fishy about his case and decided to represent him pro bono. Soon, Caldwell was called upon to assist O’Daniel. As beneficial as this duo was to Mosley’s cause, their personalities nearly eclipse the stoic Mosley and his amazing perseverance. A surfeit of the author’s self-congratulatory biographical references, along with excessive water-cooler banter with O’Daniel, also hampers the narrative.