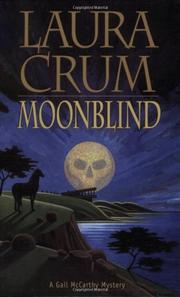 Yes, it’s true: Even people you’ve known and admired all your life can harbor ugly secrets.

Seven months pregnant, newlywed veterinarian Gail McCarthy (Hayburner, 2003, etc.) is looking forward to the next stage in her life. Her cousin, Jenny Parker, is also embarking on a new adventure, but doesn’t seem to be looking forward to it nearly as much. Divorced after 20 years and starting a Thoroughbred lay-up farm in Santa Cruz County, competent, no-nonsense Jenny tells Gail she’s being stalked by someone who wants to make sure she keeps her mouth shut about a crooked racing scheme from which she, her ex-husband and her ex-lover all profited. Gail thinks Jenny’s overreacting to rural chatter, but when Jenny’s dog is poisoned and one of her horses goes mysteriously blind, Gail begins to take her seriously. Then Jenny herself is found dead, an apparent suicide, and Gail knows that her cousin’s past has caught up with her.

A good idea that never quite generates a suspenseful plot. As it is, Gail uses more energy gestating than investigating.