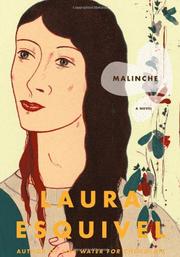 In this brief novel, the author of 1992’s Like Water For Chocolate attempts to repair the reputation of one of Mexican history’s most reviled women, the Spanish conqueror Cortés’s native interpreter, Malinalli.

As a child, Malinalli (aka Malinche) is sold by her mother into slavery but retains her beloved grandmother’s belief in the beneficent pre-Aztec god Quetzalcoatl, whose return (second coming?) would mean the end of the Aztec conqueror Montezuma’s practice of human sacrifice. When Cortés arrives, Malinalli believes he is a savior, if not the god himself, and is happy to put her linguistic skills to use as his translator. She becomes known as “The Tongue.” She allows herself to be baptized, entwining Christian doctrine with her own belief system, but, although she finds herself sexually drawn to Cortés, she begins to suspect that he is not to be trusted to save her people. Nevertheless, she remains his translator, following her instinct for survival despite the possibility she may anger her gods. After Malinalli watches Montezuma give up his kingdom because he has faith in Quetzalcoatl’s return, she realizes that Montezuma has experienced a spiritual transformation but has also made a terrible mistake in placing his faith in Cortés. As Cortés consolidates a murderous stranglehold over Mexico, he becomes more monstrous. Finally, Malinalli breaks with him when he requires her to abandon their son in the same way her mother abandoned her. After Cortés marries her off to his captain, she ends up living a happy life and dying a happy death, at one with the gods. Because Esquivel is less interested in fleshing out the plot than in delineating the belief system of the pre-Aztec civilization, everything that happens to Malinalli is swathed in imagery and deep spiritual significance. In contrast, everything Cortés does is explained as the psychological consequences of his childhood experience.

Despite its lyricism, this odd marriage of spirituality and psychology will be a slog for all but the most devoted New Agers.