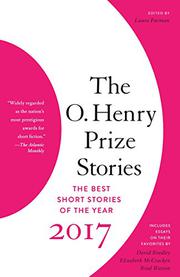 The venerable annual honors volume approaches its centenary but shows no signs of tiring out.

There are few surprises but plenty of pleasures in the latest installment of the O. Henry Award anthology, in recent years edited by novelist and short story writer Furman. One pleasant surprise is that, finally, no one is trying to write like Raymond Chandler—or David Foster Wallace, for that matter. Another is that no matter how vignette-ish, most of the stories here entertain large ideas. There is refreshing attention to work by writers of South Asian origin, among them California-born Shruti Swamy, who writes affectingly of a single moment, full of symbolic portent, in which a dog confronts a cobra: “There is a depth that dogs’ eyes have,” she writes, “which snakes’ eyes lack. Snakes’ eyes are flat and uncompromising, and reveal no animating intelligence. Perhaps that’s why we never trust them.” As do so many others, the story ends on a sententious note, in the literal sense: “What you have left is what you have.” Indeed. Martha Cooley’s “Mercedes Benz” blends high-end cars, Janis Joplin, and visions of the Italian countryside arresting enough to make the reader book a flight to Rome, while Gerard Woodward’s existentialist-tinged “The Family Whistle” relates a story of assumed identity that might have been a footnote to The Return of Martin Guerre. “You wouldn’t believe the stories of his life then,” says one character of the presumed con artist. “They amused me while we were in the camp, but only in the way that men together will be amused by such stories—in the real world they would have disgusted me.” The strongest in the volume is Amit Majmudar’s “Secret Lives of the Detainees,” straight from the headlines, in which poetry defeats even the best-armed imperial force in the end; how real-world that scenario is may be debatable, but there’s no arguing the beauty of the writing.

Essential, as ever, for students and budding practitioners of the short story form.