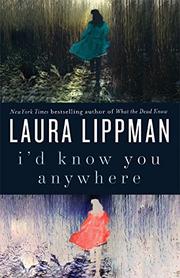 A suburban wife and mother confronts her past when she receives a letter from the man who kidnapped her as a teenager.

Eliza Benedict thought the toughest part of moving back from London, where her husband Peter had been the Wall Street Journal’s bureau chief, would be settling her kids—sweet, vulnerable eight-year-old Albie and tough, moody Iso (short for Isobel)—in the D.C. suburbs. But her daughter’s teenage rebellion, however sharp, pales in comparison to the letter she receives from spree killer Walter Bowman, who held Elizabeth Lerner captive when she was 15 for almost six weeks, driving with her through Maryland, West Virginia and Virginia. It was in that last state, surveyors finally decided, that he’d killed Holly Tackett, 13, making him eligible for Virginia’s death penalty. Now ex-teacher Barbara Lafortuny, whose settlement from the school district after a student slashed her face frees her to spend her days practicing yoga and opposing capital punishment, tracks down the adult Elizabeth, even after her parents shortened her first name and her husband gave her his last. The inmate and the advocate hatch a plan that might spare Walter, if they can get Elizabeth-now-Eliza to cooperate. And Eliza, the one victim Walter didn’t kill, seems strangely willing to risk the secure present she’s built out of a horrifying past in order to do just that.

Ex-journalist Lippman (Life Sentence, 2009, etc.) never forgets as she moves from past to present and from perspective to perspective that nothing is more important—or more elusive—than the truth.