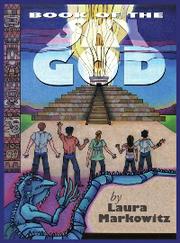 BOOK OF THE SKY GOD

Was the Mayan prophecy about December 21, 2012, wrong or just late? In her YA sci-fi debut, Markowitz plumbs the depths of prophecy, conspiracy and teenage camaraderie to find out.

Henry Lipton’s best friend turned him into a zombie. But soon there are bigger problems. Elsewhere, Katie Chase spends her senior year of high school caring for her grandmother, and Henry’s best friend, Ram Rajathani, still doesn’t know why his little sister Laila voluntarily went mute six years ago. When the secret she’s guarding finally comes out, it throws Henry, Katie, Ram, Laila and another Rajathani sister, Nina, into a conspiracy bent on divine judgment. And then there’s the small matter of the Mayan prophecy, which wasn’t so far off the mark after all. Markowitz weaves threads of Mayan legend through a character-driven plot that cooks along without getting bogged down in minutia. She knows when to show detail and when to hold back: Henry and Ram tossing tennis balls at each other matters but exactly how a world of sluglike beings maintains its records in mucous doesn’t. The rare editorial slip-up—such as Henry being “kidnaped”—doesn’t slow the story down, and Markowitz keeps the teens believable and relatable, right down to the Rajathani siblings bickering with each other or Henry’s hopeless new crush: “It’s not like I even have a shot. She totally hates me.” As in the real world, parents are both central and tangential to the teens’ plans; parental presence or absence is an important consideration for nearly everyone, although it can sometimes gum up plans at a critical moment. After all, if the Rajathanis don’t remember to regularly call home as they fight to prevent the coming apocalypse, they’re going to be grounded for life.

A page-turning adventure navigated by a winning team of teens.