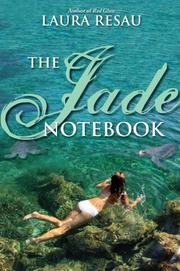 In this third in a series of novels focusing on Zeeta and her wanderlust-stricken mother, readers are immersed in the details of a lovingly described coastal town in Mexico and an action-filled mystery surrounding the poaching of ancient sea turtles that make their home there.

Zeeta’s decision to find her mom a job in Mazunte was no accident. Newly armed with a slew of hints about her father’s background following the events of The Ruby Notebook (2010), she is madly hoping that it might be his hometown. It quickly becomes apparent that she’s on the right track, and with her boyfriend, Wendell, by her side, she begins to fit together the pieces of the puzzle. Yet each answer uncovered seems to create more questions about her father’s complex past. As in previous installments, this latest depends on a variety of coincidences, but Resau’s skill in evoking an almost visceral experience of setting firmly anchors the story and allows it to expand leisurely to a satisfying end. Detracting here, however, is the appearance of characters that readers will likely spot as villains long before Zeeta does—disconcerting to those who have come to know the narrator as an astute observer.

Fans of the series may quibble with some points, but they won’t want to miss what is overall a graceful conclusion to Zeeta’s story.