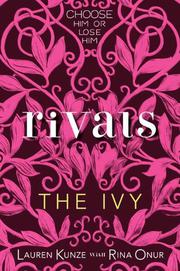 From the Ivy series, volume 3

Callie may be established in Harvard's culture and social scene, but can she keep it up?

Things are finally going Callie's way. She has a great boyfriend, is COMPing—effectively a training audition—for the Harvard Crimson (under a COMP director who, unlike Lexi during Callie's try-out for Fifteen Minutes, doesn't hate her), has restored relative peace with her roommates and has full membership in her social society, the Hasty Pudding. But being happily with Clint isn't enough to squash Callie's jealousy when ex-crush Gregory starts dating a transfer student. And while Harvard Crimson managing editor Grace Lee also seems to have some past bad blood with Lexi, Lexi's history as Clint's friend keeps rearing its ugly head, leaving Callie suspicious. Additionally, Grace introduces a new Web feature for the Crimson, The FlyBy blog, which starts with a bang through anonymous posts by "The Ivy Insider" that reveal dirty secrets from the exclusive social clubs. And being on the other end of the punch proceedings—determining whom to invite to prospective member functions for the Hasty Pudding—gives Callie her own look at some of the society's nastiness. Overall, Callie is so overwhelmed that she misses big problem signs—unrelated to her—in close friends, and even some of her own non-romantic troubles. The resulting cliffhanger has the highest stakes yet.

Smoothly continuing intrigues from earlier novels, this installment tantalizes with tension and drama.