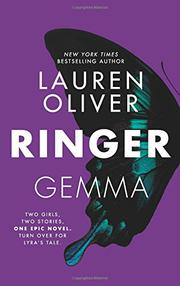 It has been three weeks since the Haven Institute fell, but it still has subjects Lyra and Gemma in its insidious grip.

Lyra’s time is running out; as a result of Haven’s research, she’s terminally ill. She and Caelum set out to locate Dr. Saperstein, the man who gave her the disease. Failing that, they search for Lyra’s old friend, Dr. O’Donnell—but she seems to be hiding something. Alone but for Caelum, Lyra doesn’t know whom to trust. Meanwhile, Gemma’s powerful father arranged Lyra and Caelum’s new living situation, promising Gemma he wouldn’t give them up. When he breaks that promise, Gemma and Pete go to try to warn them. On their return home, they’re believed to be Lyra and Caelum and are kidnapped, taken to a decommissioned airplane hangar where surviving replicas have been packed in by the hundreds. Gemma and Pete will have to find a way to survive here until they’re rescued. Lyra, Gemma, and Pete are white, Caelum has dark skin, and a number of important minor characters are described as having dark, black, or brown skin. As with Replica (2016), Gemma’s and Lyra’s interlocking stories are told separately, bound together in a dos-à-dos volume that gives readers control over how to go forward. The third-person narration plunges along at a positively addicting pace.

Speculative fiction at its core, Oliver’s novel is also a reflection on the nature of humanity as explored through the dualities of life/death, autonomy/ownership, truth/lies, and good/evil.