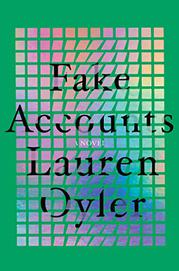 A mordant take on postmodern mores.

Late one night, while her boyfriend sleeps, an unnamed protagonist goes snooping through his phone. She finds no evidence that Felix has been cheating on her, but she didn’t really suspect he was, and she wouldn't have cared much if he had been. Indeed, most of what she finds is utterly anodyne—until she discovers his anonymous Instagram account. Scrolling through screen after screen of conspiracy-theory memes, she discovers that Felix has instantly become a mystery to her. She also realizes that she should definitely dump him, which she’d been thinking about doing anyway. While she’s considering the most satisfying way to do this, circumstances rob her of the opportunity and send her into a bit of an existential crisis. This results in her quitting her job as a blogger and moving from Manhattan to Berlin. One way to describe this book is as a smart, often funny critique of a culture that rewards people for turning themselves into brands and encourages the incessant consumption and creation of content—and it is that. But it’s also a novel in which the reader is stuck inside the head of one very self-absorbed woman carefully analyzing the minutiae of weeks spent endlessly crafting new personae for dating apps and trying them out on the men who respond. One’s ability to appreciate this novel will depend entirely on one’s interest in spending a whole lot of time with its narrator. Her sharpness and seeming self-awareness are engaging at first. After explaining that she finds it unappealing to abandon all reason upon falling in love, she adds, “I believe it hurts the feminist cause. And, worse, makes me look personally bad.” Eventually, though, it becomes clear that her self-awareness doesn’t make her honest; it just makes her better at presenting a curated version of herself.

Not bad as social commentary. Not that great as a story.