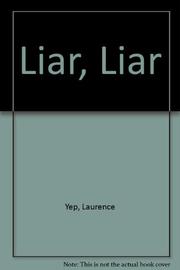 A proficient suspense story with a contemporary Silicon Valley setting, bright authentic teenage dialogue, realistic family characterization, and a tight progression of detection and rising tension. Very early, Scan is a passenger in his friend Marsh's car when Marsh is killed in an accident—but Seen, the only kid at school who seems to care, suspects that the spill wasn't really an accident. Narrowing down a list of the people the trouble-making Marsh had played practical jokes on, Sean soon focuses on Russ Towers—a grim man with "radar eyes" who has caught the two boys letting air out of his Porsche tires. (It was Marsh's idea, as always.) Classically, no one credits Sean's suspicions, and though Marsh's sister Nora helps him at first, she joins the chorus recommending a shrink after heating about Sean's past troubles with the law. The story ends with Seen home alone, Russ breaking in with an icepick, and the two engaging in an extended battle that will keep readers on edge through a profusion of rounds and reversals.