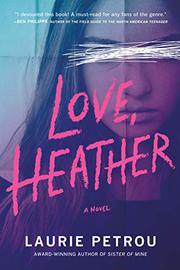 Acts of retribution careen out of control in this dramatic novel about bullying and its psychological effects.

Ninth grader Stevie has a passion for movies and her own YouTube channel. Her world drastically changes when her best friend, Lottie, begins hanging out with a crowd of image-conscious girls. At the same time, one of Lottie’s parents, who has long been more of a support to Stevie than her own—reveals that he is transgender, news that Stevie embraces unreservedly and encourages Lottie to as well. She even does an episode for her channel featuring films that include trans characters, contributing to a rift between the girls. While this story can’t always escape its melodramatic tone, the painful descriptions of the bullying Stevie experiences, down to its often sexualized nature and the spot-on depiction of the mean girls’ feigned, wide-eyed, surprised laughter when they know they’ve hit a nerve, ring true. As she and others begin to fight back, Stevie’s interest in old movies works well as a device around which to explore some of these issues—replete with references to films like Heathers and Carrie. A twist at the end is unfortunately not as effective and will likely be spotted by readers much earlier than it is revealed. Stevie seems to be white, and there is some ethnic diversity in secondary characters.