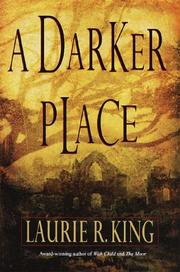 Eighteen years after losing her husband and daughter to a mass suicide in a Texas cult, an expert on religious sects agrees to goes undercover one more time to infiltrate a particularly insidious community. Prof. Anne Waverly seems a natural for the assignment. Her knowledge of the relations between contemporary modes of spiritual expression and such historic sects as the early Christians is second to none. Since taking a teaching post at Duncan Point University, she’s already taken academic leave four times to infiltrate similar cults, saving the lives of children who otherwise might have become hostages or fatalities. And she has a long working relationship with FBI agent Glen McCarthy. In her own way, though, Anne is as painfully driven as any modern messiah. She’s racked with guilt over having abandoned her family, and perhaps precipitated the panic that took their lives, by her departure from that Texas cult so long ago. Her undercover work, taken on as a penance for her losses, has aged her and sapped her strength, and her intermittently scalding love/hate affair with McCarthy has left her exhausted. The moment she makes contact with the first members of the Sedona, Arizona, branch of the Change—especially with teenaged artist/basketball player Jason Delgado and his younger sister Dulcie—Anne’s strengths and weaknesses collide with the force of a supernova. More than half in love with the boy-man Jason and suffocatingly unable to deal with Dulcie without seeing a twin of her dead daughter, she rises swiftly through the ranks into spiritual leader Steven Change’s confidence—and thence to a dangerous posting at the British branch of the Change, far beyond her promised support and her sense of her competence. King, whose Sherlock Holmes pastiches (The Moor, 1998, etc.) make it clear that she never takes up a familiar form without making it her own, produces an undercover thriller notable for its intensity, its psychological nuance, and its avoidance of the most obvious action-movie clichÇ’s of the genre. (Author tour)