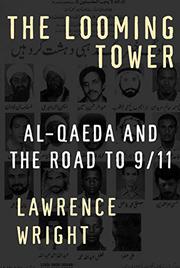 A comprehensive and compelling account of the events preceding and causing 9/11, with a tight focus on al-Qaeda and Osama bin Laden and on the men who were pursuing him before the attacks.

Wright, a staff writer for the New Yorker and the author of titles dealing with subjects as divergent as “recovered memory” (Remembering Satan, 1994) and Manuel Noriega (God’s Favorite, 2000), has written what must be considered a definitive work on the antecedents to 9/11. (He does deal briefly—and horrifyingly—with the attack itself.) Wright argues that the 1948 arrival of Sayyid Qutb in New York City was pivotal. Qutb saw a vast battle between Islam and the West and was disgusted by the decadence in the New World. His disciples would one day be myriad. The author shows the psychological effects on radical Islamists of the 1967 six-day war, examines the rise of Khomeini in Iran, the assassination of Sadat, the relationship between Saudi Arabia and the United States, the Soviet struggles in Afghanistan, the attacks on U.S. embassies in Africa, the 1993 World Trade Center bombing, the suicide attack against the USS Cole, and other ominous, sanguinary events. But at the center is the story of Osama bin Laden. Wright carefully charts bin Laden’s upbringing and gradual metamorphosis into the world’s most notorious terrorist. (In a long note at the end, Wright acknowledges the difficulties of being certain of his facts in some cases.) The author profiles, as well, the redoubtable and complex FBI agent John O’Neill, who pursued bin Laden ferociously and then retired to become chief of security at the WTC, where he died on 9/11. Wright shows with devastating clarity that the CIA’s reluctance to share its intelligence was a principal reason the FBI did not apprehend the hijackers beforehand. Bin Laden reportedly wept with joy when the planes hit their targets.

Essential for an understanding of that dreadful day.