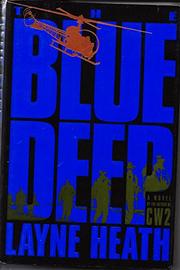 Helicopter pilots leave the Korean War to go after black- marketeers in Hanoi during the final days of the French rule in Indochina. Author Heath (CW2, 1990), having served two tours as a chopper pilot in Vietnam, knows what he's talking about. Ostensibly in Hanoi to train French helicopter pilots, Major Marsh McCall actually has secret orders from an old mentor—a colonel who, perhaps, has been in the Orient a little too long. McCall and a small crew of pilots and technicians are to try to uncover the beginning of another black market in the goods of war that America has shipped to their French allies. The major is well motivated, his own son's death in Korea having been caused by black-market weapons. Trouble starts for the fliers the day they arrive. A gang of longshoremen beat them up and steal their jeeps- -but it's not a straightforward crime. One of the pilots, hot on the heels of the thieves, gets mysterious help that leads him to the stolen goods. Settled uncomfortably on a French air base, the men begin to fly escort to motor convoys and then have to watch helplessly as entire trucks are hijacked. When they are off duty, McCall and his men spend considerable time at the Cafe Ho Tay—a neutral spot where Chinese criminals, French colonials, insurgents, and American technical help can get together to eat and gossip. It is there that McCall runs into an old Alsatian chum who surprisingly snubs him and a dying CIA operative who may have gone professionally rotten. As McCall sniffs out more and more corruption, young pilot Cody West takes up with a cranky but dedicated colonial nurse; a renegade spy pulls invisible strings; and the fatalistic French mass for a big battle in the country at a place called Dien Bien Phu. A successful mix of battle action and offstage skulduggery. Grim—but what else?