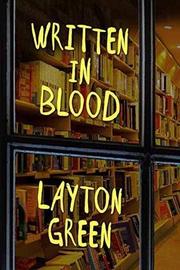 The inhabitants of a little North Carolina town are horrified by a series of weirdly literate murders.

Detective Joe “Preach” Everson has only recently returned to Creekville. The good-looking, intelligent, bad-boy high school jock shocked everyone, including his parents, by becoming a preacher, then a prison chaplain, and finally a top Atlanta homicide detective. Although his professions exposed him to every human depravity, it was his search for a serial killer who targeted children that caused the breakdown that forced him to leave Atlanta. He did manage to get a job with the small police force in Creekville on the condition that he visit a psychologist, in this case his Aunt Janice. Preach and Officer Scott Kirby, an untested, publicity-seeking cop with big ambitions, land the case of Farley Grover Robertson, a local bookstore owner found with his head smashed and two crosses arranged near his body. A discussion with his employee, law student Ari Hale, reveals that Lee was most likely gay, that he had some distinctly odd friends, and that the crime scene is a re-creation of the murder in Crime and Punishment. Though Creekville is close to a major university filled with liberals, the locals include plenty of folks like the dangerous Big Mac Dobbins, who controls many criminal activities. Preach’s high school buddy Wade Fee is involved with Dobbins, and Preach himself is soon threatened by Dobbins’ gang. Preach turns to Ari, who’s being stalked by an unknown. His new friend turns out to be a helpful sounding board for Preach when more people are murdered in settings that re-create famous murders in literature. The mayor, who may have major secrets to hide, wants Preach to solve the crimes; Dobbins, who keeps threatening him, wants him to walk away. He’ll need to flesh out his dogged police work with philosophical discussions on the nature of good and evil to bring the case to an end.

Green, best known for his Dominic Grey series (The Resurrector, 2017, etc.), creates a fascinating new protagonist who’s both tough and sensitive. The literary puzzles add interest, and the denouement is a real shocker.