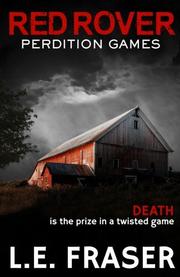 Private eye Sam McNamara is back for a third adventure in Fraser’s (Skully: Perdition Games, 2015, etc.) new thriller, investigating a crime that hits close to home and forces her to suspect her own friends.

Sam and her boyfriend, former policeman Reece, are now engaged and living in Toronto, but he finds himself at loose ends in the city. He misses the rural life and feels out of place among Sam’s friends, with the exception of one: Abby, a ballet dancer whose girlfriend, Talia, is overseas with the Canadian Armed Forces. But after Abby is found dead after slitting her wrists in a bathtub—and also found to be four months pregnant—some of Sam’s friends suspect Reece is the father, as he was one of the men she knew best. Meanwhile, Sam’s psychiatrist friend, Roger, is embroiled in an affair with former patient Brenda; her husband, Graham, is brutally murdered on the same day that Roger is visiting her. As Sam and Reece investigate Graham’s death, they’re not sure whether to suspect Roger, who seems to be hiding something; one of Brenda and Graham’s teenage children, whose stories don’t add up; or Graham’s ex-wife, who spent several years in prison for murdering her own mother. Sam and Reece must try to untangle the truth from the lies even as Sam’s friends remain hostile toward Reece. Overall, Fraser crafts a strong mystery that sweeps readers along with the two well-developed main characters. Sam’s and Reece’s personal issues and friendships are just as compelling as the question of who committed Graham’s murder. Every twist, turn, and moment of misdirection will keep readers guessing, but these elements never feel overly telegraphed or intentionally misleading. The story also moves along at a brisk pace and ends on a dark yet satisfying note that will leave readers eager to find out what happens next in the series.