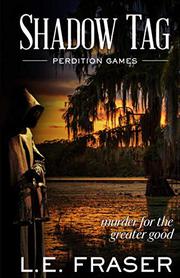 Fraser’s (Frozen Statues, 2017, etc.) thriller follows a pair of private investigators as their respective workloads converge on a killer.

In Toronto, private investigators Samantha McNamara and Reece Hash are engaged. Sam is pursuing her doctoral degree and hopes to get an internship at the Serenity Clinic under neuropsychiatrist Dr. Emily Armstrong. Reece is a legal articling student assigned to “audit police due diligence” in several “closed sudden-death cases.” Busying their lives further is a new puppy, Pepin, and the siblings Eli and Danny Watson, who form the technologically savvy portion of the investigative team. At the clinic, Sam is offered the internship, but only if she’s willing to help deprogram 17-year-old Fadiya Basha, survivor of the Bueton Sanctuary cult. Fadiya believes that the cult’s deceased leader, Mussani, visits her at night. She’s also eight weeks pregnant, which shouldn’t be possible. Meanwhile, Reece learns that drone sightings connect his cases. As the two PIs proceed, each must decide whether to navigate treacherous moral terrain for the greater good. Fraser’s latest Perdition Games thriller augments plotlines with domestic travails, including the noisy, destructive Pepin and Sam’s Alzheimer’s-stricken mother, Grace, who insists on planning an elaborate wedding for her daughter. While these elements help the main characters grow within the series, they also slow momentum. Chapters follow Sam, Reece, and someone named Blu, whose tragic upbringing in Louisiana borders on the Dickensian. Fraser toys with readers, creating victims who are so repulsive that we practically cheer their demises. A tangle of subplots—featuring the gruff Dr. Mathias Beauregard and the young science prodigy Azar Basha—helps obscure the connecting element between Sam’s and Reece’s cases. Fraser drains some of the menace from her killer by providing an overly elaborate backstory. However, excellent use of Eli, who has Asperger syndrome, bolsters the final third. Readers will be entertained if they can reconcile the driving events in the present with the melodrama of the flashbacks.