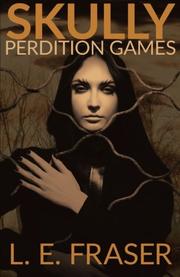 It’s July 1980, and pregnant Nina LeBlanc has been having a strange nightmare: she repeatedly dreams of abandoning her 5-year-old daughter, Gabriella, in the forest. Her husband, Quentin, says it’s nothing, but Nina is convinced she’s inherited her Scottish grandmother’s prophetic vision and that something terrible is going to happen to Gabriella. Her premonitions turn out to be all too true: Gabriella goes missing during the family’s vacation to a remote cabin and isn’t found until later, having killed the man who was physically and sexually abusing her. Ten years later, Quentin can tell there’s something wrong with Gabriella; his worst fears are confirmed when Isabella, her younger sister, is pushed from a treehouse. The story then flashes forward to the present day, when private detective Sam McNamara meets the adult Gabriella, not realizing they used to live next door to each other as children. Sam and her boyfriend, Reece, are reluctantly drawn into Gabriella’s life after she disappears, leaving nothing but a trail of blood and a 911 call saying her husband tried to kill her. Now, Sam and Reece must discover whether Gabriella is alive or dead—and who might have tried to murder her. Fraser’s second entry in the Perdition Games series is much stronger than the first. The writing throughout is taut and focused, capturing the reader’s attention and constantly upping the stakes as Sam tries to untangle the mystery that is Gabriella. Sam is a more compelling character this time around, too; as she wades through Gabriella’s past, she discovers things about her own that drive a wedge between her and Reece, allowing her to explore her own shortcomings and grow as a person. Although the novel gives away the answer to the mystery too soon, it still delivers a good dose of entertainment and moral ambiguity along the way.