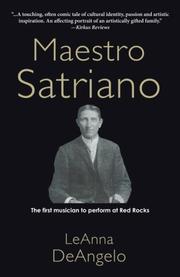 Forlorn after his wife dies during childbirth, Antonio Satriano decides to temporarily leave his five children in Italy with relatives and start a new life in 1882 America. A music professor and a composer, he lands in New York City with the intention of finding work and sending for his kids after three years. Meanwhile, his son, Pietro, establishes a reputation for himself as a virtuosic cornet player back in Italy and is awarded a professorship at Milan’s Royal Academy of Music. He soon leaves behind a promising career to meet his father in Kansas City, Missouri. Pietro does achieve considerable recognition for his musical prowess, but he repeatedly tarnishes his celebrity with public scandal: his first marriage quickly ends in divorce, and his second is to a mentally unstable 15-year-old. That relationship also ends—but only after Pietro finds himself in jail as a result of a raucous domestic dispute and is humiliated in open court. He weds a third time but later crashes an automobile while chauffeuring his mistress about town. Pietro is also preoccupied with vigilantly responding to his father’s growing alcoholism. Antonio’s problem becomes so ungovernable that his sons are reduced to burying his instruments so he can’t pawn them to buy more gin. DeAngelo tells the family’s story from multiple first-person perspectives: Pietro’s; his third wife, Musa’s; and Antonio’s. She clearly has a deep affection for her characters—Antonio and Pietro are representations of her real-life great-great-grandfather and great-great-uncle, respectively—and she draws them sympathetically. At the same time, she never shies away from presenting an unvarnished depiction of their foibles. Also, she provides an illuminating window into the venomous prejudices that Italian immigrants faced in the United States in the late 19th and early 20th centuries. Overall, it’s a touching, often comic tale of cultural identity, passion, and artistic inspiration.

An affecting portrait of an artistically gifted family.