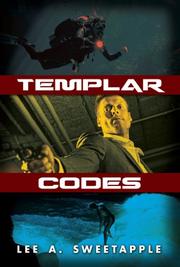 by Lee A. Sweetapple

Jim Stillwater is a former spook–turned-consultant who finds himself in Cyprus along with a handful of other American expats, most of whom are former government tough guys themselves. The novel opens with Jim and his buddies enjoying a guy’s-guy vacation away from wives and responsibilities—but it’s quickly shattered by the murder of a prominent archaeologist, which sets off a stream of events that leads to Jim being implicated in yet another murder. Gradually, the story lets readers in on events outside of Jim’s knowledge regarding the shadowy actors who might be behind the crimes, as well as their motivations: a series of ancient artifacts that could change the shape of political relations in the already contentious region. There’s nothing wrong with a little light, pulpy adventure, and this one is certainly easy to read and digest. Murder, political intrigue, femmes fatales, ancient conspiracy theories and textbook cloak-and-dagger shenanigans all crop up as the novel goes on, but very little of it adds up to anything of substance. At its best, the novel reads like a Clive Cussler clone (with a little Dan Brown thrown in), and there’s plenty of half-baked political intrigue and hard-boiled thriller action to go around. However, the prose is often clunky, with overly expository dialogue that can make the book more of a chore than a distraction: “ ‘Sir, is the gunman still there?’....‘I don’t think so. I have been passed out for several hours.’ ” Sweetapple (Key West Revenge, 2012, etc.) clearly loves the intelligence community and all of the spy-game fantasies that come along with it, and he seems to be going for the tone found in a James Bond novel or the Ocean’s Trilogy film series. However, in his eagerness to advance his story, he neglects to develop the characters, dialogue and atmosphere.

A by-the-numbers thriller with a serviceable premise, though it’s hampered by awkward prose and a plodding narrative.